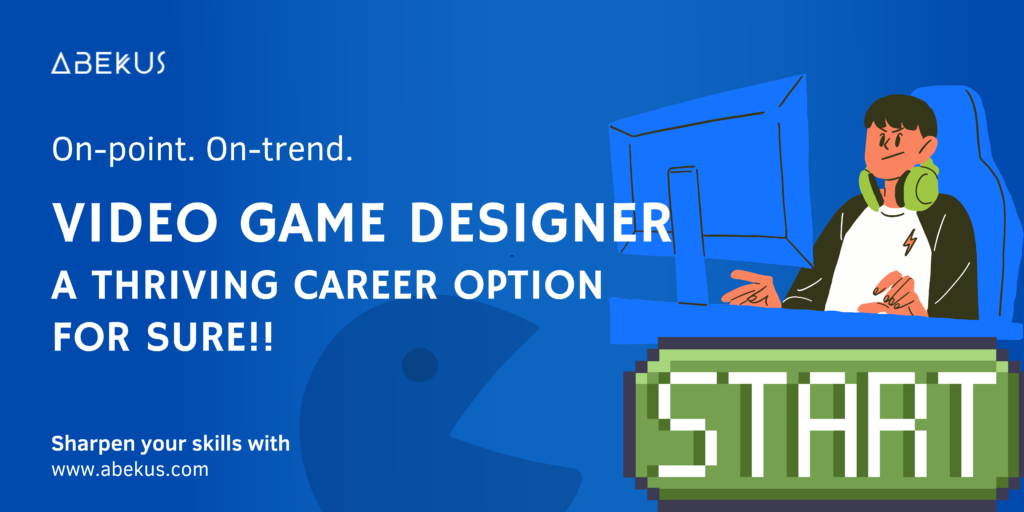 Video game designer – a thriving career option for sure!!

Until a couple of decades ago, most people failed to see video game designing as a viable career. But now, thanks to the fast-growing numbers of video games and their players, the industry has ballooned into a thriving one and has started to pave the way for immense career opportunities.

In fact, in the past few years, the salaries of video game developers including that freelancers have grown significantly. Of course, a lot depends on their skill and experience too.

This boom in the video gaming industry is because of the overall growth potential in the gaming market – in India and across the globe. Secondly, the industry is being perceived as a major game changer. Also, it is a major cause of demand for better smartphones; cheaper and faster internet quality and easy access.

If you too are groping in the dark and wondering how to become a video game designer, here we are with all the right answers for you.

Before moving ahead let us check out what video game designers do to tap better job prospects, key skills, and more.

What do video game designers do?

In simpler terms, video game designers develop concepts into playable games. They could either contribute to the making of the overall product or work on specific sections of a game and coordinate with a team.

Technically speaking, the profession is generally taken up by computing professionals with a degree in software development. Undoubtedly, it is an ideal place to start for it gives critical knowledge and experience in data management, software fundamentals, web development, basic to advanced knowledge of UX and UI, and more.

In addition to this, knowledge in the below-given points essentially adds value to video game designing.

–        Ability to use data for qualitative information & designs

If you are someone who has a knack for tech, spends a lot of time playing games, and can think of different gaming plots, weapons and upgrades, you are meant for this industry.

So, what are you waiting for? Just get cracking and join a video game developer course today.

Send us an email